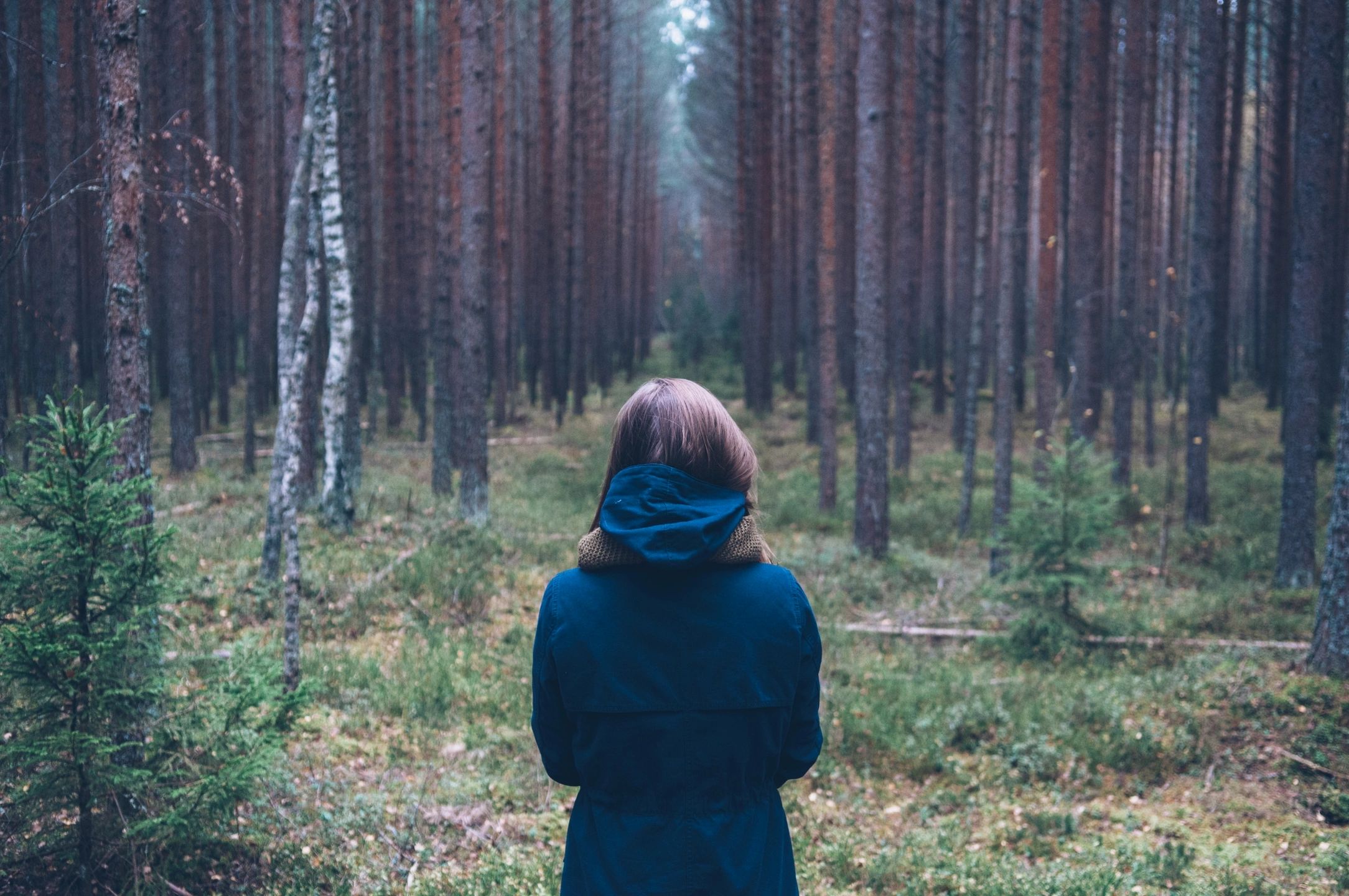 Global warming and resulting climate change is the single most-important threat to the well-being of the next several generations.

As you probably already sense, we are running out of time.  For most of us, we intuitively know recycling, pollution prevention, and other measures simply have little to do with averting the rapidly-approaching environmental chaos from global warming.  The short answer:  We need to stop burning fossil fuels within the next 5-10 years.

Think about Australia right now… they are currently experiencing a devastating summer with extreme drought, record-breaking heat waves, and enormous uncontrolled fires.  As summer continues to sweep around the globe over the next two years, it will become difficult to deny global warming is not only here to stay – it is accelerating at a pace that no one ever imagined.  It is accelerating for a very simple reason…

The sheer heat value of burning 100m BOE each day is the same as “creating” more than 4,000 Hurricane Sandy’s every day, or, detonating more than 8,000 WWII atomic bombs.

It is estimated that Hurricane Sandy contained about 140 Terajoules of “Integrated Kinetic Energy.”[2]  The kinetic energy (in the form of heat) released into the environment alone represents the equivalent energy of “creating” more than 4,000 Hurricane Sandy’s each and every day.[3]  For further perspective, the Hiroshima atomic bomb was about 63 Terajoules (Little Boy) and Nagasaki was 84 Terajoules (Fat Man).  We are releasing the heat of more than 8,000 WWII atomic bombs every day.

Now we traditionally have focused on the greenhouse gas “effect,” but have ignored the sheer amount of heat we release into our environment by using fossil fuel.  That heat is equivalent to “creating” more than 4,000 giant hurricanes each day or detonating more than 8,000 atomic bombs such as those used in WWII.  Each day.  It still shocks me when I think about it today.

Fossil fuels represent a form of “stored” heat energy.  This fuel was created over millions of years by “banking” a little bit of sunlight each day.  It is now being “withdrawn from the bank” – pulled up and burned – all in a short 100 years.

Of course, burning it releases carbon dioxide (CO2) and methane escapes.  CO2 is a powerful greenhouse gas.  Methane is more than 20 times more potent than CO2 as a greenhouse gas.  Additionally, there are many different “positive feedback loops” that accelerate warming as we warm further (melting permafrost, less reflectivity of missing sea ice and glaciers, etc.), and almost no “negative feedback loops.”  The science behind this is settled.

For example, it is well-understood that the concentration of CO2 in the atmosphere has gone-through-the-roof asymptotically.[4]  We have now quickly surpassed 410 ppm CO2, leaving far behind the traditional range experienced for the last 3 million years prior to the industrial revolution of between 150-280 ppm.[5]  The graph of the curve is undeniable and reflects this radical asymptotic behavior.[6]

As for the generations before us, they probably believe they were good stewards of the earth.  By all accounts, they did an admirable job based upon what they knew at the time.  But now – faced with the possibility that they missed the early warning signs of emerging global warming – many of them are likely in deep denial.  The changes I expect in the next 2-3 years will sweep away much of this denial.  In fact, I believe we will one day look back at the current events in Australia, and see it as a turning point in our collective awareness of the changes now rapidly taking place.

Pollution, and other forms of environmental injury, simply pale by comparison.  With heat energy, CO2, methane, and positive feedback loops, we are driving the worldwide system[7] towards a more-chaotic state.  As we keep driving our “metastable” system further away from its base parameters – in other words, its comfort zone – we will experience accelerating chaos.

This acceleration arises from a very simple thermodynamic process evident when moving any one system from one metastable state to another metastable state.  It is even evident in the energy diagram representing every basic chemical reaction.  This transition from one state to another is represented by the classic “S” curve, with an inflection point in the middle, marking the boundary between two states.  The harder we push the system out of its comfort zone, the more the system will move towards the inflection point.  This movement is experienced as an acceleration towards chaos until the system finds a new state and begins to normalize again.[8]

While we may not be able to predict a specific timeline of events, one thing is certain:  The chaos from global warming will only become worse, and the chaos will only accelerate.  The changes towards chaos will become more pronounced.  Chaotic events of ever-increasing magnitude will become more commonplace until we stop using fossil fuel.  We have reached the limits of the comfort zone of our system.  We must stop driving the system beyond its limits.

If the system is pushed too far, it will find a new more-comfortable state and “hop” into that new configuration.  If this occurs, we can expect permanent radical changes that will be impossible to reverse.  For example, one possible outcome is that we interrupt the ocean currents – (known as the worldwide heat transportation cycle[9]).  Such a forced transition would have far-reaching and dramatic consequences – lasting decades resulting in massive dislocations for everything and everyone.  Life as we know it would never be the same.

We must stop using fossil fuels.  And, we must stop now.  We began using fossil fuels in earnest during WWII (1940’s), not quite 100 years ago.  Most of the apparent chaotic events and ever-increasingly hot months began emerging clearly in the last 20-25 years.  Assuming we are on an accelerating curve, we can expect rapidly developing events in the next 8-12 years.  We are not on a linear path.  Contemplating events in 2050 – 30 years from now – is no longer even relevant in this discussion.

Basically, we have to eliminate fossil fuels from our energy stream in the next 5-10 years.

We no longer have the luxury of time to reduce the population in a morally-acceptable way.  We are left with changing our energy stream.  It sounds impossible.  How can we make a difference in time?

This issue, among many others, shows us why we need to pay attention to the progress and to the setbacks we are making in environmental policy that pertains specifically to global warming.  As a libertarian, I rarely support government regulation and interference.  But we must act now.

To make a difference, we should vote in candidates to political office that have the desire and the will to make this issue their highest priority.

Michael Brownrigg is one of several candidates running for District 13, and I believe he is the right choice for our state senate.  If you live in District 13 (all of San Mateo County, and a portion of Santa Clara County), I urge you to review Michael’s website, the link below of Michael discussing global warming.[10]

Michael has experience with financial systems and tools, and he understands how market-based solutions can provide the correct incentives to change the way people behave while rewarding that behavior in ways that are economically viable.

In our discussions, Michael told me that his goal was to have “20 Gigawatts of clean green energy within 10-15 years” worldwide.  I have no doubt this issue is his highest priority.

We must be willing to vote into the Senate a candidate that is completely dedicated to tackling the fossil fuel problem.  Michael Brownrigg is that person.  As our Senator, Michael Brownrigg will make climate change his first priority.  His goal is to take California carbon-neutral within five years, and then use California as an example for the rest of the world.

I cannot think of any one thing more important that any of us can do right now to help – than vote in the right people.

[4] The word “asymptotic” means a function or line that approaches a curve but never touches. A curve and a line that get closer but do not intersect are examples of a curve and a line that are asymptotic to each other.  Such “unbounded behavior” in CO2 represents fossil fuel consumption “pushing” the earth-system Gaia well beyond its comfort zone of “normal” metastable behavior.

[6] Here is the graph: [https://www.climate.gov/news-features/understanding-climate/climate-change-atmospheric-carbon-dioxide].

[8] Also known as the science of strange attractors [https://en.wikipedia.org/wiki/Attractor].

Jeff Gananian grew up on the Peninsula and went to Menlo-Atherton High School.  He graduated from USC with a degree in chemistry, and then went to law school in San Diego to study outer space law. He is a registered patent attorney, and has practiced in a wide variety of legal areas for more than 30 years. As General Counsel of an environmental database software application company for 13 years, Jeff knows how Fortune 500 companies behaves toward environmental policies.  He has always had a keen interest in global warming, long before anyone was very concerned, and first became interested in the sheer heat value of fossil fuel use in about 2008, when he realized we effectively had a “giant Bunson burner” burning 85 million BOE every day.