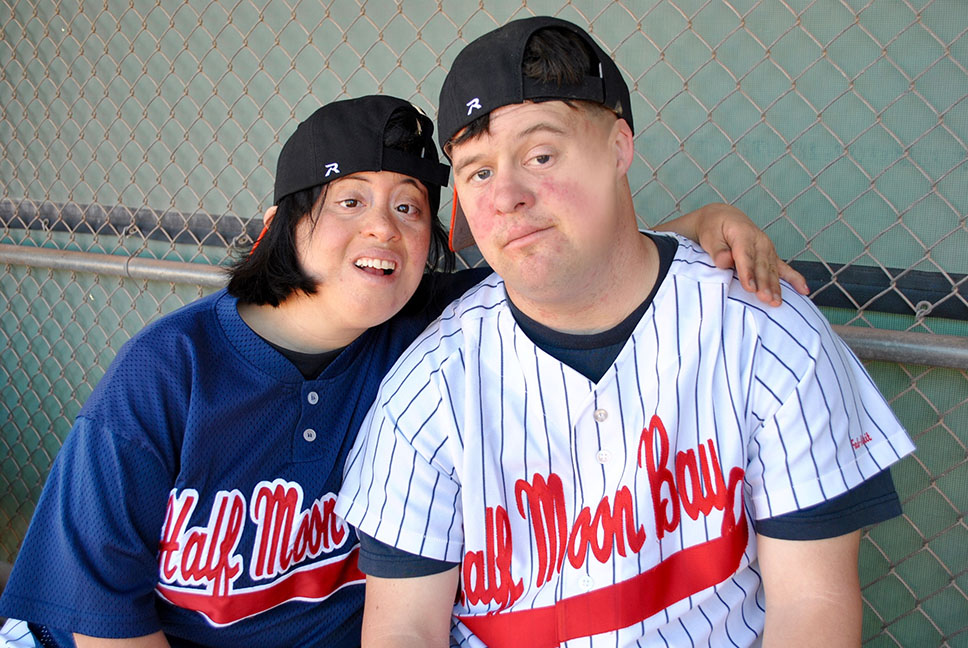 They call me Coach, but I am really more of an invested observer of my players because, as I have learned, they perfectly train themselves. I am pretty sure that I have more fun, more smiles, more laughter, than anything else I know.  These players are a group of adults with special needs on a Special Olympics-style baseball team.  Indeed, they have taught me a lot about what’s important, and about the teamwork that is necessary in the game of life.  The amazing aspect of these players is how close and tightly knit they are as a caring community who support each other.  I truly learn the best of what is being human from them at every game.

What piqued my interest in coaching was working with the Big Wave project, a special type of self-sustainable community built from the hard work of parents of adults with special needs who are facing a future crisis if they do nothing. One in 54 Americans is on the autism spectrum. One in 54. Where will these children with special needs go as their parents age and are no longer able to care for them? There is not enough room in government housing, so Jeff Peck, a creative professional and father of Elizabeth, one of my players with special needs, founded The Big Wave Project twenty years ago.

It’s an important anniversary for Big Wave as it just broke ground on August 15th this year, after quite a few years of meeting the needs of the state.  We are about to watch an important business experiment.

The Big Wave project is brilliant!  Big Wave has a fascinating business/housing model that doesn’t depend on government funding and the support of public officials.  Instead, it draws from a smart form of capital:  Neighbors. Local business owners hang a shingle on the adjacent property and sell their products and services, utilizing an employee population that is known as cooperative, heartfelt and eager to work:  Adults with special needs. The relationship between the adults with special needs and the business owners is symbiotic.  Currently, there is an 87 percent unemployment rate among this underappreciated population. But we know now that these special people are often worth the risk of hiring (hiring itself is a risk). Certainly companies like Safeway are glad they invested in this employee demographic.  Its one of the reasons I enjoy going to Safeway and the pleasure of seeing one of the Big Wave community members there with their ever present smiles.

The local businesses that join the Big Wave project will stimulate the local economy as they pay a competitive wage and provide rental income that helps to keep Big Wave sustainable for many years to come. The project is overseen by people who care—family members who value its model, yes, but also value its residents.

In the investment world we like to get to the heart of why someone has developed their project. Most organizations that are there to help others are born out of empathy. That is not always the case for many companies, as profit is critical to success and survival. But Big Wave really was born out of the empathy a father had not just for his daughter, but for his community’s kids and his community at large. Jeff became obsessed with an idea to create an opportunity for real employment, and the housing and peer support that these young adults need.  Local businesses need both the space and good employees in order to thrive.

It is not only a business with care and concern. It is a rock-solid plan. And although I am observing Big Wave from the bleachers, I am cheering and rooting on the Big Wave project every step of the way.

Jeff, you hit a home run. Congratulations and here’s to much success to come!

Steve Bacich is the Chief Technology Officer and Founding Partner of MED1 Ventures. Steve has more than 20 years of medical device industry experience, with over 15 years focused on women’s health. Mr. Bacich completed several venture and public funding rounds raising over $250 million in total. Steve has secured more than 75 US medical device patents and has brought over 25 products to market.  He currently coaches the Big Wave baseball team.